Singapore, June 25, 2021 – (ACN Newswire via SEAPRWire.com) – The 2021 edition of the FIM Endurance World Championship kicked off at the Bugatti Circuit in Le Mans with the inaugural 24 Heures Motos. After a long season break, 46 teams lined up at the starting grid, ready to get the latest installment of the championship underway. The newly restructured Suzuki team, Yoshimura SERT Motul, started from P2 on the grid after a competitive couple of qualifying sessions. Motul played a key role in ensuring continuous performance and durability out of their EWC bike at a race that requires extreme levels of robustness. The Franco-Japanese team had a near perfect weekend taking 64 out of the 65 available points and establishing a healthy 16-point lead in the championship battle. 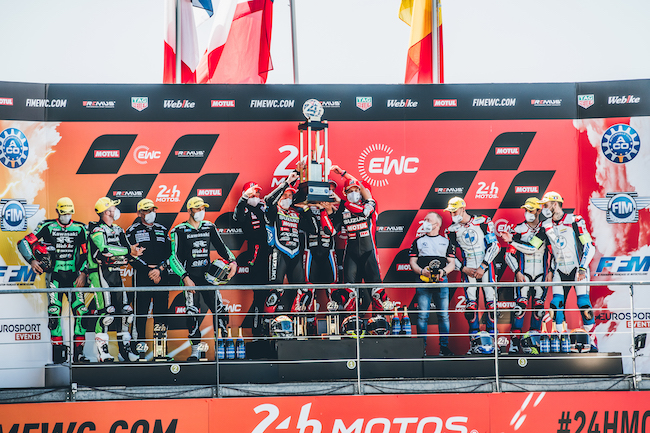 Like previous seasons, the #1 Suzuki GSX-R1000R was powered and lubricated by Motul 300V. Announcing the entry of the new team in dominating fashion, Yoshimura SERT Motul finished 8 laps clear of the rider in P2, taking a comfortable victory. The EWC bike was commandeered by riders Gregg Black, Xavier Simeon, Sylvain Guintoli and Kazuki Watanabe. It was a challenging race for the riders with some thrilling battles on the track, but their consistent pace and experience gave them a significant lead over the chasing pack. 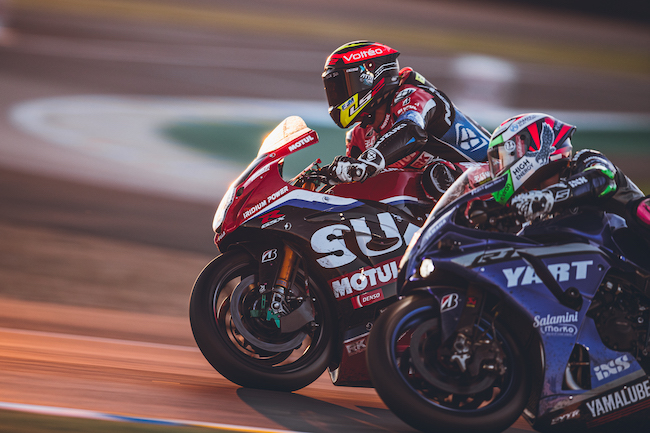 Thrilling battles on track for the lead

Endurance races like this championship prove to be the ultimate testing ground for Motul products with changing conditions and extreme engine strain. Yoshimura SERT Motul Technical Coordinator, Quentin Menard, provided insights on the team’s choice of working with Motul.

Why does your team choose Motul 300V as your lubricant of choice?

“We have worked with MOTUL for many years and we trust them. With all these years, we saw how efficient Motul lubricants are! Motul 300V combines performance and longevity. We use Motul 300V because it is simply the best product we can find in the market.”

What is the best part about working with Motul to further improve the team’s performance throughout the FIM EWC season?

“Motul is a First-class partner for us, always attentive to our needs and developing regarding our request. At our workshop, we have all Motul’s products to prepare our Race bikes at our disposal. Since Motul guarantees us excellent quality products, we can prepare our bikes very carefully and without any stress because we know their products’ reliability.” 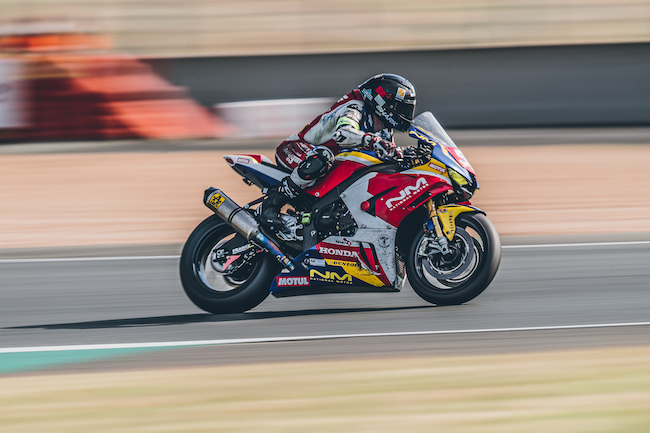 National Motos had an impressive showing at season opener

Furthermore, Motul-powered National Motos took an impressive victory in the Superstock class after starting in P7. The team quickly made up positions and was jostling for the top step of the podium right until the closing couple of hours in the race. With superior pace, the #55 Honda CBR1000RR came out on top and finished 2 laps ahead of the next best Superstock bike. It was an emphatic victory for the team and Honda, securing the best finish in the team’s history at 24H of Le Mans. Motul also supported the efforts of F.C.C. TSR Honda France, which finished P6 in the EWC class after a crash and untimely electrical problems saw them give up the podium places. However, the team demonstrated their true endurance spirit, fighting to make up for the lost time and gather some points towards the closing stages of the race.

It was a weekend to remember for Motul, with winning bikes in both categories being powered by their lubricants. The French oil manufacturer will be hoping to continue their impressive performance throughout the demanding endurance championship calendar. The FIM EWC moves to Portugal next, for the 12 Hours of Estoril in mid-July. Yoshimura SERT Motul currently sits at the top of the leaderboard with 64 points and F.C.C TSR Honda France is in 4th place after accumulating 36 points in the opening weekend. National Motos also occupies the top spot on the Superstock standings after scoring 60 points. 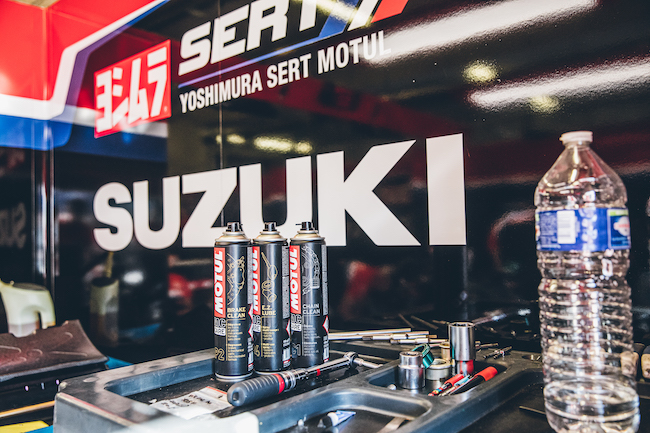 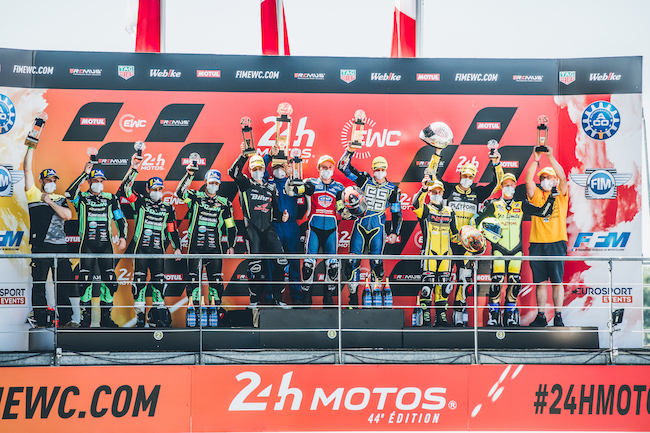 National Motos took the win in the Superstock category 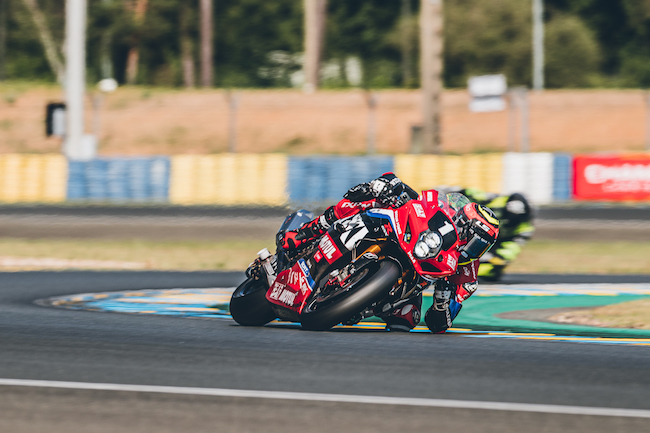 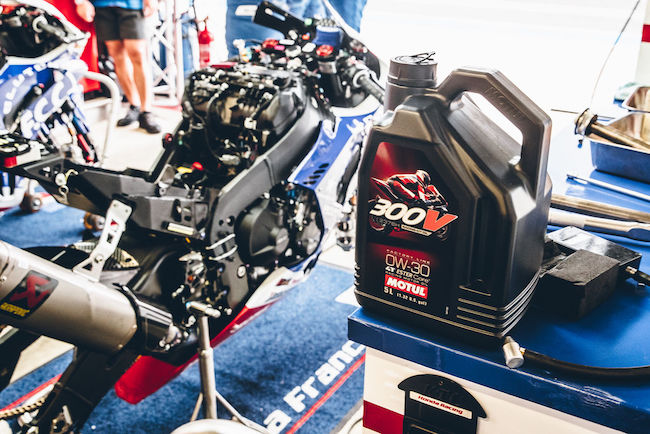 Motul is a world-class French company specialised in the formulation, production and distribution of high-tech engine lubricants (two-wheelers, cars and other vehicles) as well as lubricants for industry via its Motul Tech activity.

Unanimously recognised for more than 150 years for the quality of its products, innovation capacity and involvement in the field of competition, Motul is also recognised as a specialist in synthetic lubricants. As early as 1971, Motul was the first lubricant manufacturer to pioneer the formulation of a 100% synthetic lubricant, issued from the aeronautical industry, making use of esters technology: 300V lubricant. 2021 marks the 50th anniversary of the 300V.

Motul is a partner to many manufacturers and racing teams in order to further their technological development in motorsports. It has invested in many international competitions as an official supplier for teams in: Road racing, Trials, Enduro, Endurance, Superbike, Supercross, Rallycross, World GT1, 24 Hours of Le Mans (cars and motorcycles), 24 Hours of Spa, Le Mans Series, Andros Trophy, Paris-Dakar, 8 Hours of Suzuka, Bol d’Or, Daytona 200-mile motorcycle race.